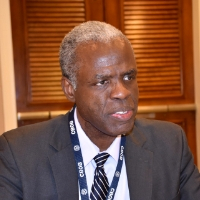 Governor John Rolle, the Central Bank of The Bahamas

Financial technology (FinTech) is helping bring formal financial services to marginalized groups in The Bahamas, particularly those living in remote communities, the head of the island nation’s central bank, John Rolle, said during an interview with the Alliance for Financial Inclusion (AFI).

Speaking in Nassau, the governor of the Central Bank of The Bahamas (CBOB) said the institution had introduced new regulations under a payment system framework and that it would shortly launch trials of digital payment instruments to provide easier access to mobile money products. These moves, he said, responded to an absence of private service providers in less profitable sectors, typically among the least connected regions and communities.

“We would like to see people form relationships with banks digitally, enabling persons in remote communities to open bank accounts and to maintain them remotely,” he said. “We think that would be a big change in terms of the access and we should be able to measure that quite easily.”

Nearly 90 percent of the country’s population live on just three islands - New Providence, Grand Bahama and Abaco – with the rest spread out over its remaining 700-plus islands, many of which are home to less than a few thousand people. An absence of specific financial inclusion data has heightened the challenges faced by the central bank, however, things are beginning to change.

Among the recent financial reforms were establishing regulations to license non-banks for electronic money services and lifting restrictions to allow non-residents – irrespective of their immigration or work permit status – to hold a Bahamian dollar deposit account.

Upcoming developments, meanwhile, will include the launch of the central bank’s digital version of the Bahamian dollar – named “Project Sand Dollar” –, which will be piloted in selected areas before the end of April, with further expansion targeted for 2020. Once the program is up and running, the central bank hopes to boost education in both the digital currency and digital payments, to encourage greater use among the general public.

While Rolle hailed the rapidly increasing interest in the broader digital asset space and crypto-assets, he stressed that safeguards and regulations must be in place to protect both banks and consumers.

“We want to make sure that there aren’t any problems that we expose ourselves to”, Rolle said. “Regulations have to be sufficiently comprehensive to deal with both the domestic and the potential use of products internationally.”

CBOB is one of AFI’s newest members, having joined in April 2018. Relative to its population, The Bahamas has a high density of bank branches and automated teller machines (ATMs) yet struggles with uneven access to financial services. This was the result of having many rural communities spread across 700-plus islands and a significant number of undocumented immigrants and refugees, which Rolle estimated at around 10 percent of the population and predominantly from Haiti. According to the International Monetary Fund (IMF), Haiti has the lowest gross domestic product (GDP) per capita in the Western Hemisphere.

In light of the challenges posed by its unique terrain, The Bahamas has been an active participant in AFI’s Pacific Islands Regional Initiative (PIRI). Due to meet for its 5th annual gathering in June, the event sees policymakers from nations with similar characteristics and challenges exchange expertise, join the PIRI meeting including the Leaders Roundtable, high-level regional initiative meetings and training sessions.

Rolle highlighted how AFI platforms provide avenues to speak directly to other central bankers and “borrow their talents” by applying them to CBOB issues.

“The AFI network has allowed us to organize things better under a framework,” he said. “We feel more encouraged and validated in terms of dealing with the consumer protection issues and literacy, and we’re now able to access a lot of the experience in those areas.”

It is through AFI, Rolle said, that the CBOB became more aware of and became confident in tackling major financial inclusion themes, such as gender and climate change.

While inclusive green finance remains a fledgling issue for CBOB, climate change itself is a top national priority with the country’s many low-lying coastal areas and vulnerability to hurricanes making it among the most at-risk small island sovereigns in the world. In 2016, for example, damage caused by Hurricane Matthew cost The Bahamian economy an estimated USD 600 million, or roughly 5 percent of GDP.

On an individual level, among the challenges Rolle highlighted was a lack of household insurance to safeguard against the effects of extreme weather. He explained that many homeowners only hold insurance that is tied to a mortgage, but once that debt had been repaid, they end their coverage.

“As soon as there’s a severe storm event, they’re not able to recover,” he said. “We’re going to be looking at the insurance sector as an example of how we can reach more individuals and keep more households insured.”

In order to do so, the central bank said that it typically gives other financial institutions more flexibility in how they provide credit or restructure debt. In addition, the CBOB will form a strategic plan on how to best assist its citizens, particularly those from lower income households.

As part of the process, the CBOB said that it would conduct feedback surveys to access policy effectiveness, particularly in populated cities and in terms experiences in gaining access to commercial banks. This, he said, would help boost financial inclusion rates among many groups facing similar challenges.

This, Rolle said, also includes gender, “because once we start to look at it in terms of the participation in medium, small and micro enterprises, gender comes to the forefront”. He explained that in jobs with greater female visibility – such as crafts and tourism – there is uncertainty over the availability of finance, and whether it is on a par with more male-dominated sectors, such as transportation.

While there is still much progress to be made, Rolle noted that the shared goals of the CBOB and AFI would help create equal and expanded access to financial services over digital platforms.

“AFI is promoting development that is inclusive and non-discriminatory, and I think so much of the standards that AFI members are dealing with, we can import them almost immediately,” he said.

CBOB was established in 1974 to carry out independent monetary policy and financial sector supervisory functions in The Bahamas following political independence from Great Britain the previous year. After joining AFI, Nassau-based CBOB announced seven broad goals in its adoption of the Maya Declaration. Among them was to develop a digital currency, advance financial literacy, consumer education and empowerment, contribute to a national financial inclusion strategy and promote the development of national digital identify infrastructure. CBOB is also committed to improving the compilation of data on financial inclusion. Rolle was appointed as Governor in January 2016.

Tagged as:
The Bahamas