It’s a wrap! After four days of in-depth discussions, the 5th Pacific Islands Regional Initiative (PIRI) ended in Honiara on 6 June, with leaders pledging to establish a sub-group dedicated to tackling issues surrounding inclusive green finance as the region continues to push the financial inclusion agenda.

Inclusive Green Finance was a focal topic at the PIRI forum, co-hosted Central Bank of Solomon Islands (CBSI) and Alliance for Financial Inclusion (AFI) under the theme of “Advancing Green Finance through Youth Inclusion”. A new and evolving policy area, it provides the Pacific region with a platform to addresses shared concerns, such as climate change.

“There have been excellent and productive discussions around solutions for green financing, and ways we can continue to address the mitigating measures in our part of the region,” Bank of Papua New Guinea Governor -and newly appointed PIRI Chair Loi Bakani  said in his closing remarks, as he congratulated the attendees for their hard work.

AFI Deputy Executive Director Norbert Mumba highlighted youth, saying that the youngest generations needed to be integrated into financial inclusion efforts along with other marginalized groups, adding that going forward financial education and financial literacy would be “absolutely key”.

“There is a lot of need for holistic policies and interventions that will make a difference, particularly on youth and women and those who are disadvantaged or physically challenged,” he said.

Bakani officially took over the PIRI reins following a ceremonial handover by Reserve Bank of Vanuatu (RBV) Governor Simeon Athy. In his first speech as chair of the regional initiative, Bakani said he will use his two-year tenure to promote several cross-cutting themes, including financial technology and consumer protection.

He also raised the importance of research and collaboration between different stakeholders. This sentiment was mirrored by Athy, who advised attendees against staying in “silos” and not cooperating with private and public sector stakeholders.

“It’s an uphill task, but without [collaboration] you cannot move a lot of things. You will find that most of the things lie outside your jurisdiction,” he said.

In his final act as PIRI chair, Athy was met with much applause as he extended an invitation for the >Central Bank of Seychelles to become PIRI’s eighth member.

Despite ending his tenure, Mumba reassured Athy that “wherever you will be, you can guarantee that AFI is going to be there”.

Among other developments, the forum saw members endorse a de-risking initiative and agree to hold a workshop later this year to expand and develop action plans.

Elsewhere, members endorsed the draft of a regional sandbox and agreed to the creation of two deliverables: an internal-focused framework and an application guide that would be open to all.

Leaders also reaffirmed their commitments to the Denarau Action Plan and to halving the financial inclusion gender gap by 2021.

As the day drew to a close, Bakani struck the PIRI drum three times to mark the end of the forum.

“All good things must come to an end, but it does not stop here as we follow the PIRI drum that follows us to the next PIRI event in Tonga in 2020.” 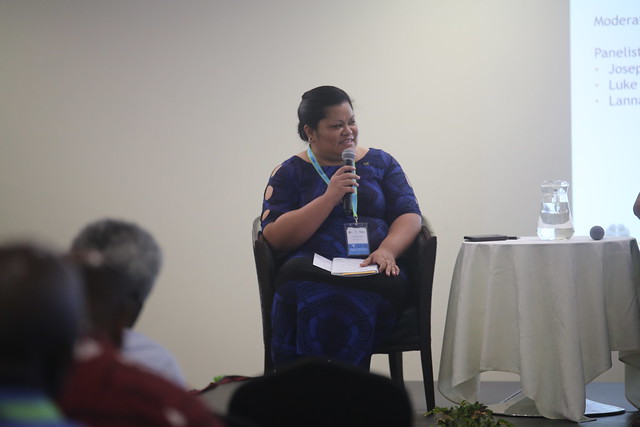