Members from two working groups agreed at an event co-hosted by the Central Bank of Egypt (CBE) and the Alliance for Financial Inclusion (AFI) to collaborate on Anti-Money Laundering and Counter Financing of Terrorism (AML/CFT).

Financial Inclusion Data Working Group (FIDWG) and Global Standards Proportionality Working Group (GSPWG) will work together to identify common challenges and the use of data analytics to ensure that AML/CFT standards are being applied proportionately for financial inclusion.

“We need to know what the challenges are where data is concerned,” FIDWG Co-Chair Alex Ochan said at the FIDWG and GSPWG Meetings in Cairo, which was held from 11-14 March. He explained that the cross-collaboration could help address a variety of challenges including data gaps, poor data quality and a lack of stakeholder commitment.

Separately, two new subgroups were created under FIDWG. Financial Inclusion and Climate Change (FICC) Framework was established following significant interest from policymakers and regulators in connecting the dots between climate change and financial inclusion data. Here, the first issue identified was on the need for standardized definitions relating to climate change and green finance. In addition, members said that they wanted to conduct a survey to map financial products and policies linked with mitigating and adapting to climate change. Meanwhile, the AFI Data Policy Model will develop a policy model using existing financial indicators. Its work supports the Alliance’s aims of issuing regulatory and policy guidance based on peer learning, cooperation and a bottom-up approach.

RegTech also dominated earlier sessions with discussions held on its use in re-engineering regulatory and supervisory processes as well as in AML-CFT.

“RegTech solutions can free resources for more productive uses, increase competition, improve the quality of supervision, enhance consumer protection and ultimately advance financial inclusion” said Settor Amediku from the Bank of Ghana. He defined RegTech as the use of technology to overcome regulatory challenges.

Amediku also reiterated the need to keep things simple and not overcomplicated, while also emphasising the importance of partnership and stakeholder engagement among RegTech players.

Additional outcomes from the event were later highlighted by GSPWG Chair Ramizul Islam from Bangladesh Bank and FIDWG Member Moise Bigirimana from the National Bank of Rwanda, who welcomed the members to the next series of working group meetings at the upcoming GPF in Kigali, Rwanda.

Twenty-eight GSPWG member institutions attended the event, while 34 came from FIDWG. Working groups officially meet twice a year: a standalone event and then ahead of GFP. 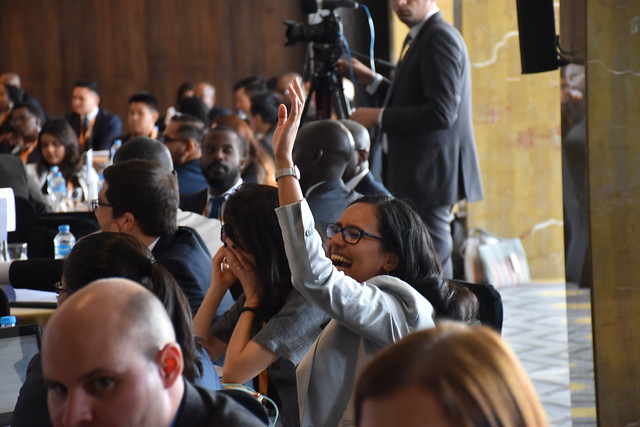 This Toolkit aims to help policymakers better navigate the different benefits and risks that different types of innovation facilities can produce.
Read more
Policy Catalogue on MSME Financing in Africa

This report provides recommendations and best-practice examples regarding the design and implementation of MSMEs financing policies in Africa.
Read more
Bringing the Informal Sector Onboard (Guideline Note)

This Guideline Note discusses how policymakers and practitioners can engage with the informal sector to increase its access to formal finance.
Read more
Bringing the Informal Sector Onboard (Toolkit)

The purpose of this Toolkit is to outline the different tools that policymakers have at their disposal to achieve the goals of onboarding the informal sector.
Read more
Cybersecurity from the Perspective of the Financial Regulator and Supervisors in Peru

Read SPS Peru's five-pillar roadmap on cybersecurity, and how they have been very active in their improve it over the last decade.
Read more
Gender Inclusive Finance Webinar: Integrating Gender Considerations Into COVID-19 Policy Solutions

This special report examines how central banks and other financial regulatory institutions are involved in efforts to green the financial system through provisi
Read more
Risk Sharing Facilities: Mobilizing Finance for Women-led MSMEs

The Maya Declaration is a global initiative for responsible and sustainable financial inclusion that aims to reduce poverty and ensure financial stability for t
Read more
Explore Publications
AFI is the world’s leading organization on financial inclusion policy & regulation. A member - owned network, we promote and develop evidence - based policy solutions that improve lives of the poor through the power of financial inclusion
Guidance