Deputy Chairman of the NBRB Board Sergei Kalechits opened the forum, reiterating the importance of the event and its aims. “Financial inclusion and financial services are a very important part of sustainable development,” he said.

“While we have made some ambitious plans, I am confident that we can achieve this, but we must remain vigilant and committed to achieving the deliverables we have set,” she said as she thanked co-hosts NBRB and AFI, as well as participants for all their hard work over the past three days.

“While usage and quality of financial services including financial literacy remains to be fully tackled, the EECA region’s countries have been characterized by specific traits and challenges, which require focused and tailored measures and solutions.”

Before concluding the day’s sessions, members approved the EGFIP charter and highlighted 16 priority areas, including 14 deliverables — policy knowledge products, case studies and policy papers – that are slated for completion either by December 2019 or 2020. A letter outlining progress made will be sent to member institutions.

Ahead of the main discussions, AFI’s Ali Ghiyazuddin Mohammad delivered a presentation on the various implementation activities of the Global FinTech Workplan. Afterwards, AFI’s Madhurantika Moulick gave a run-down of the network’s capacity building services, including the bi-annual Certified Expert in Financial Inclusion Policy (CEFI) course. Registration for CEFI, which is run in collaboration with the Frankfurt School of Financial & Management, is open until July 15, 2019.

Next on the ECAPI agenda was a training seminar run by AFI Public-Private Dialogue (PPD) partner, Mastercard on 12 June on approaches to enhance financial inclusion through digital financial services. Among the topics raised was the projection that more than 15 devices (including household devices) will be connected to the internet in the next few years, prompting a rise in the use of instant direct payments, such as for refrigerators that can order food items independently.

ECAPI was launched during AFI’s 2018 Global Policy Forum, which was held in Sochi, Russia. Founded by eight AFI member institutions, the seven in attendance plus the National Bank of Georgia, it is the youngest of five regional initiatives with the others covering Africa, Latin America and the Caribbean, the Arab region and the Pacific Islands.

NBRB joined AFI in May 2010 and is currently a principal member. It has made two Maya Declaration Targets, namely, including to increase the number of adults to 85 percent and improving financial literacy. 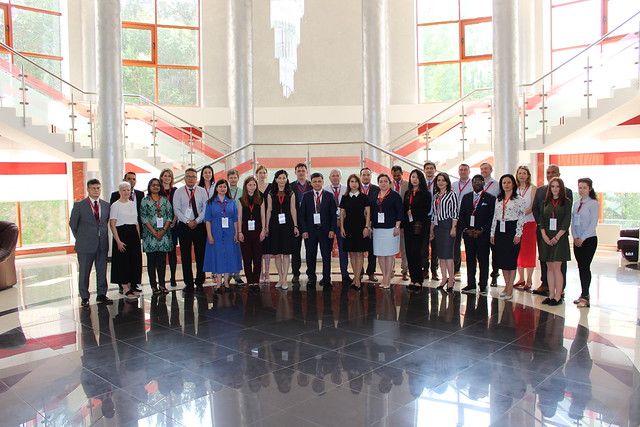