Ex-Bank of Tanzania Governor Ndulu, AFI Board Chair passes away

It is with great sadness that AFI pays tribute to former Governor of Bank of Tanzania Professor Benno Ndulu, who passed away on 22 February 2021. The late Professor Ndulu was an active and passionate member of the network, who left a lasting mark on the organization serving as Chair of the AFI Board of Directors (2015-2017) during its historic transition towards independence.

A softly spoken individual with a commanding presence, he will be deeply missed by all those who worked alongside him. His work and colleagues are a testament to his legacy of dedication, diligence and enthusiasm for financial inclusion and in shaping the AFI organization that exists today.

As head of the central bank, a position he held for a decade, Professor Ndulu worked closely with AFI since its inception and oversaw milestone gains in bringing financial services to previously unbanked and underbanked populations.  In AFI, the Professor was key in defining the organization’s internal governance, its rules and regulations. In the region, he was one of the instrumental members in establishment of the African Mobile Financial Services Policy Initiative, a precursor of the African Financial Inclusion Policy Initiative (AfPI). Bank of Tanzania co-hosted two meetings in 2012 and 2013 which led to the establishment of the AfPI that has been key in driving lessons on practical financial inclusion policies in the region.

Professor Ndulu was one of our network’s earliest supporters and a champion of innovative mobile and digital technology, having recognized on their ability to benefit and enhance lives both in Tanzania and globally.

“We will remember him for his deep conviction and belief in developing AFI as the true global leadership alliance through peer learning, knowledge sharing and close cooperation in bringing quality access to formal financial services to those that need it the most in his country, in Africa and globally across our vast organization”, said AFI Executive Director Dr. Alfred Hannig. 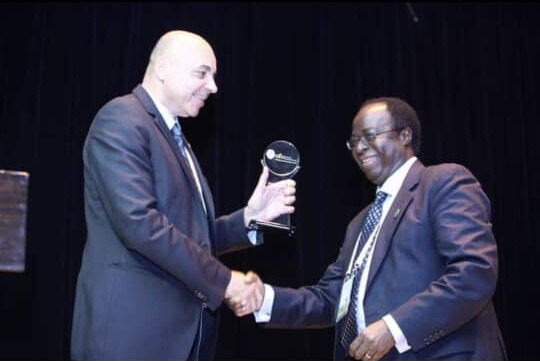 Professor Ndulu had also served as vice chair of the AFI Steering Committee, which later became the AFI Board as part of the network’s becoming a fully member-owned independent organization.

We wish to express our heartfelt condolences to the family of the late Professor Ndulu, staff at the central bank and government of Tanzania.

AFI will continue to honor Professor Ndulu’s service through our work with Bank of Tanzania in dismantling the financial inclusion barriers across the country and beyond.

Watch a conversation with Prof. Benno Ndulu about financial inclusion in Tanzania.

This Toolkit aims to help policymakers better navigate the different benefits and risks that different types of innovation facilities can produce.
Read more
Policy Catalogue on MSME Financing in Africa

This report provides recommendations and best-practice examples regarding the design and implementation of MSMEs financing policies in Africa.
Read more
Bringing the Informal Sector Onboard (Guideline Note)

This Guideline Note discusses how policymakers and practitioners can engage with the informal sector to increase its access to formal finance.
Read more
Bringing the Informal Sector Onboard (Toolkit)

The purpose of this Toolkit is to outline the different tools that policymakers have at their disposal to achieve the goals of onboarding the informal sector.
Read more
Cybersecurity from the Perspective of the Financial Regulator and Supervisors in Peru

Read SPS Peru's five-pillar roadmap on cybersecurity, and how they have been very active in their improve it over the last decade.
Read more
Gender Inclusive Finance Webinar: Integrating Gender Considerations Into COVID-19 Policy Solutions

This special report examines how central banks and other financial regulatory institutions are involved in efforts to green the financial system through provisi
Read more
Risk Sharing Facilities: Mobilizing Finance for Women-led MSMEs

The Maya Declaration is a global initiative for responsible and sustainable financial inclusion that aims to reduce poverty and ensure financial stability for t
Read more
Explore Publications
AFI is the world’s leading organization on financial inclusion policy & regulation. A member - owned network, we promote and develop evidence - based policy solutions that improve lives of the poor through the power of financial inclusion
Guidance