Governor John Rolle with members of the CEMC and DFS Working Groups in Nassau, The Bahamas on 26 March 2019.

The CBOB and AFI are co-hosting over 100 participants from 56 member institutions who are attending the first day of meetings for AFI’s Consumer Empowerment and Market Conduct Working Group (CEMCWG) and Digital Financial Services Working Group (DFSWG) in Nassau. The bi-annual event will run from 26-29 March.

In his opening speech, Governor Rolle highlighted several ongoing financial developments at the CBOB, including “the creation and promotion of a digital version of the national currency which is expected to close the vital payments system gaps for The Bahamas”. Named “Project Sand Dollar”, it aims to provide all residents in The Bahamas with equal and expanded access to modernised digital payments capabilities.

“The Bank has also volunteered to coordinate the development of a national financial inclusion strategy that would enlist all relevant stakeholders and focus on more than just payments and banking,” he said.

COO Chee expressed her gratitude to the CBOB for co-hosting the event. “CBOB is one of the newest, yet active member of the AFI network. The CBOB has been actively participating in the Pacific Islands Regional and Small Islands Initiative (PIRI) to share its experience and learn from other small island nations within the AFI network.”

Governor Rolle echoed the sentiment, adding that despite having been a member of AFI for less than a year, “We are already seeing the benefits of our membership in AFI, in bringing sharper focus to our financial inclusion initiatives.”

Members of the DFSWG will spend the next four days tackling issues surrounding digital finance and fintech. At the same time, CEMCWG will focus on its four main policy areas: financial education, supervision and gender, responsible lending and institutional framework. Among the anticipated deliverables presented at the meetings will be the gender subgroup’s policy guideline on credit guarantees for financing for women.

“The convergence of these working groups is timely,” COO Chee said. “DFS and CEMC are two policy areas where global convergence of policy knowledge appears to be crucial to master risks of technology and ensure maintenance of high levels of inclusion.”

Following the opening speeches, several joint working group sessions were held. The first involved discussions on data protection and privacy, during which participants emphasized the need for regulators to be proactive in analysing the power of emerging technologies, such as algorithms. In addition, they said that greater collaboration was needed between banks, insurance companies and state actors in order to strengthen data privacy.

“Data enables providers to develop new products, customize experiences and target unserved and underserved segments. However, there are questions around ownership, usage, storage of personal data,” COO Chee said. “There needs to be alignment of incentives between companies and users.”

Among the key takeaways was that having a centralized, online identification database could pose a potential security risk as an attractive target to hackers. In addition, participants noted that data was gaining increasing relevance for banks with members now using algorithms to analyse data from other sources, including social media, to determine patterns and payment capacity.

Members later reconvened to discuss the use of digital tools to improve financial capability and as a means of reaching and engaging with the public on financial education. Among the challenges noted was how financial literacy was not a priority for most adults. Questions were also raised on the cost implications for financial literacy and capability campaigns, how policymakers can increase trust in digital tools and ways of measuring impact and effectiveness. Members from both sides also discussed potential joint CEMCWG-DFSWG initiatives in the form of a toolkit or policy framework.

AFI paid recognition to 17 members of CEMCWG and 18 from DFSWG for their hard work and dedication in advancing the financial inclusion agenda within their working groups.

CBOB was established in 1974 to carry out independent monetary policy and financial sector supervisory functions in The Bahamas following political independence from Great Britain the previous year. Based in Nassau, CBOB joined AFI in April 2018, becoming an active participant of the Pacific Islands Regional Initiative (PIRI) by sharing its experiences and learning from those of other small island countries within the Alliance.

Launched in April 2011, the CEMC Working Group aims to support consumer empowerment and protection in order to help secure access to and improve the quality of financial services. Its prime objective is to develop and share a common understanding of lessons learned and cost-effective policy tools, and to promote their adoption at the national level as well as in a broader international context.

With 60 member institutions, the DFS Working Group is AFI’s largest working group. It aims to promote digital financial services as a major driver of greater financial inclusion while also working with global Standard-Setting Bodies to represent the voice of developing and emerging countries. Furthermore, DFS encourages policymakers to exchange experiences in order to develop a shared understanding of the risks in emerging DFS business models. 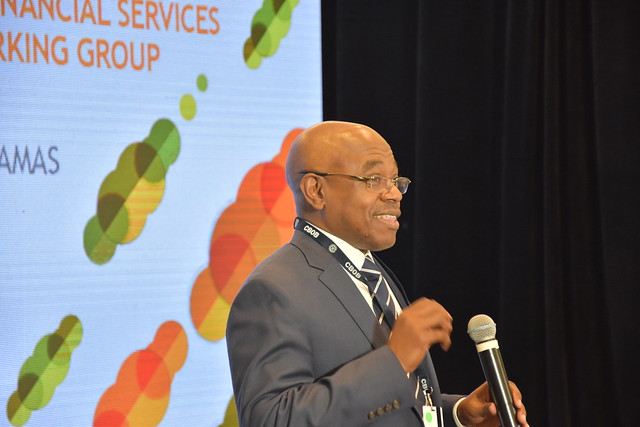