The awards, bestowed annually by The Banker magazine, a subsidiary of the Financial Times, also saw Bank of Tanzania Governor Prof. Florens Luoga triumph in the Africa category for his clampdown on irresponsible lending and plans announced last November to launch a central bank digital currency (CBDC).

Commenting on the win, BSP’s Governor Diokno told the UK-based publication that it “recognizes the effort we [at BSP] have put forth over this past year, amid extraordinary challenges. He added that “while the entire world has been affected by the pandemic, the BSP has implemented policy responses to enable the Philippines to adapt to new ways of working, doing business and living.”

As Global Central Banker of the Year, the award recognizes Governor Diokno’s advocacy of digital payments and their potential gains to national rates of financial inclusion, which stood at 34 percent in 2017. Under his stewardship, Governor Diokno has buoyed local payment providers with a national QR code for payments and promised support for financial literacy programs and the development of digital skills.

Many crucial lessons from these undertakings were shared during an AFI knowledge exchange program on enabling ecosystems for financial technology and the various approaches developing and developed country financial regulators use to deepen financial inclusion. 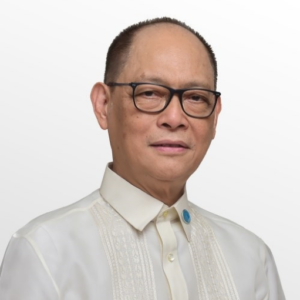 “Looking ahead, alongside my colleagues at the BSP, I will continue to work toward a stronger, more technologically savvy, more inclusive, and more sustainable Philippine economy,” Governor Diokno said.

Governor Diokno, who began his tenure in March 2019, is also a keen supporter of the transition to a low-carbon society, having pledged to create a regulatory environment that supports managing environmental risk and financing for sustainable activities. This interest extends to his work with AFI, where he has written about the importance of developing sustainable solutions and his team provides policy leadership and regulatory guidance on inclusive green finance.

Governor Diokno is BSP’s fifth governor, having taken over the role following the death of Nestor Espenilla Jr.

In the regional groupings, Central Banker of the Year for Africa was awarded to Prof. Luoga for his efforts in reducing non-performing loan levels to the central bank’s target rate of five percent and ease lending restrictions and boost credit for small businesses. 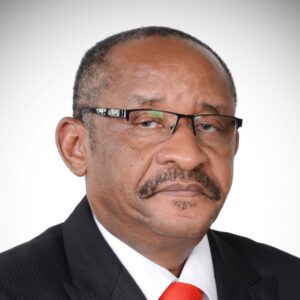 Ensuring that Tanzania keeps up with the latest global trends, the central bank has begun preparations to have its own CBDC. While no official launch date has been given for a digital shilling, Tanzania’s interest in CBDCs follows the recent adoption of the continent’s first digital currency by fellow AFI member Central Bank of Nigeria.

Prof. Luoga, who assumed the central bank’s top job in 2018, is the current chair of AFI’s African Financial Inclusion Policy Initiative (AfPI). In this role, the central bank co-hosted a series of virtual AfPI meetings in August that urged further strengthening of financial systems by embracing digitalization and innovation.

Congratulations to Senegal’s Ministry of Finance and Budget on the launch of their national financial inclusion strategy (NFIS). The four-year strategy, which
Read more
Current State of Practice: Policy Frameworks, Laws and Regulations Related to the Financial Inclusion of Forcibly Displaced Persons (FDPs) Across the AFI Network

This report provides data collected from 33 members on their policy frameworks, laws and regulations related to the financial inclusion of FDPs.
Read more
Survey Report on FinTech for MSME Access to Financing (V.2)