In a statement read on behalf of PIRI members on June 3, Central Bank of Solomon Islands (CBSI) Deputy Governor Dr. Luke Forau called for greater climate action and cited the devastating impact of climate change, particularly on those at the bottom of the economic pyramid.

“We, as financial sector policymakers and regulators … commit to promoting and implementing more inclusive green finance policies, targeted at individuals and micro, small and medium enterprises with the aim to build resilience and enable mitigation,” he said.

Monday’s statement kicked off a tree planting ceremony at the 9th Experts Group on Financial Inclusion Policy (EGFIP), co-hosted by CBSI and the Alliance for Financial Inclusion (AFI). During the event, senior central bank officials from each of PIRI’s seven members and AFI Deputy Executive Director Norbert Mumba planted trees at CBSI’s Aruligo site in Honiara.

“Planting these trees show our commitment to create systems for offsetting the emissions and to reduce the harmful levels of carbon dioxide into the atmosphere,” Dr. Forau said.

“We want to encourage similar action throughout AFI.”

It comes on the same day that PIRI members agreed to, among other things, develop a clearer understanding of financial sector policies and regulations for disaster preparedness and response. AFI’s Inclusive Green Finance (IGF) workstream will collect and share this information enabling financial sector regulators to implement policies that prevent and respond to climate-related disasters. AFI’s IGF workstream is part of the International Climate Initiative (IKI), supported by the German Federal Ministry for the Environment, Nature Conservation and Nuclear Safety (BMU).

PIRI members have been among the frontrunners in promoting inclusive green finance within the AFI network. In 2018, the region hosted AFI’s first global inclusive green finance conference where members agreed to the Nadi Action Agenda, which specifies measures members can take to address financial inclusion and climate change challenges and how best to use the network’s capacities for generating knowledge, information exchange and peer learning.

Ample research shows that financial inclusion can build the resilience of individuals, whether to a sudden and extreme climate event or the gradual effects of varying rainfall patterns, sea level rise or saltwater intrusion. Savings, credit, insurance, money transfers and new digital delivery channels, for example, can provide vital support for those managing new environmental realities.

“We call on the wider network to join us in the fight against climate change,” Dr. Forau said.

Other financial regulators, including Central Bank of Seychelles and Banco Central São Tomé and Príncipe, regularly attend PIRI events to learn and exchange information on common concerns. Among the most urgent is climate change, since countries having low-lying areas and development centred along coastal areas are increasingly exposed to extreme weather events, such as hurricanes, tropical storms and cyclones. 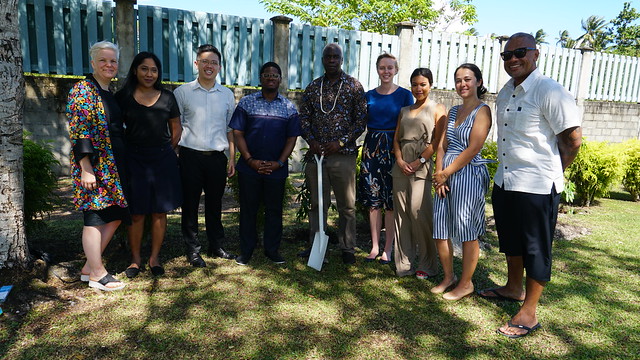 Policy Framework on the Regulation, Licensing and Supervision of Digital Banks

The aim of the survey by the Central Bank of Kenya was to establish the state of innovation in the banking sector in the period ended in 2020.
Read more
Explore Publications