In celebration of its members’ commitment to financial inclusion, AFI hosts a special annual awards evening during its flagship Global Policy Forum (GPF). AFI Awards are given to institutions and individuals who have excelled in advancing financial inclusion over the past year, both globally and in their respective countries. Nominees have demonstrated strong leadership, supported peer learning services and stood up in support of AFI’s global advocacy for financial inclusion.

The Technical Leadership Award recognizes technical staff from AFI member institutions who have been most active in providing peer reviews and leading Working Groups and Regional Initiatives. They have also shown leadership in providing content development, speaking at various global forums, writing blogs on AFI and financial inclusion and providing guidance on AFI’s policy development to the rest of the network.

The winner for this award is: Nangi Massawee, Bank of Tanzania

This award is presented to experts under 40 years old who have made a substantial contribution to the AFI working groups and regional initiatives. Young technical staff help to keep our institutions modern, relevant and sustainable over the long term.

The winners for this award:

The Technical Leadership Award recognizes an individual from a member institution who has provided outstanding technical expertise and leadership in AFI working groups, regional initiatives and at AFI events. Through their vision and contributions, this individual has helped to communicate AFI’s values by participating in the most outreach activities, from speaking at global forums to developing knowledge products to writing blogs and op-eds, to being active on social media.

The winner for this award is: Nadezhda Prasolova, Central Bank of the Russian Federation

As a policy leadership alliance, AFI aims to elevate the voices of its members to set the global financial inclusion agenda and draw attention to the policy implementation challenges that require global support. This award recognizes members who have represented AFI on various global platforms and raised the AFI flag as a global advocate for financial inclusion.

A special token of appreciation, a medallion, was given to the institutions that have taken on the invaluable task of hosting an AFI event between the 2018 AFI GPF and 2019 AFI GPF.

AFI recognized the seven member institutions that convened in Belarus in June 2019 for the first formal High-Level Policy Forum of the Eastern Europe and Central Asia Policy Initiative (ECAPI).

The Maya Declaration Award recognizes an AFI member institution that has clearly defined and measurable financial inclusion targets and has demonstrated the most dedication in the network to reporting its targets, timelines and progress on the AFI Data Portal.

The winner for this award is: Bank of Zambia

The AFI Peer Leadership Award – the highlight of the evening – recognizes leaders who have propelled peer learning in the network and provided policy guidance through the peer learning process, such as joint learning programs, knowledge exchanges and global and regional initiatives.

The winner for this award is: Central Bank of Egypt

We awarded a special token of appreciation - an AFI medallion - to all AFI member institutions and some partners that hosted AFI events between GPF 2017 and GPF 2018, including those that organized events to commemorate AFI’s 10th anniversary. The recipients are: 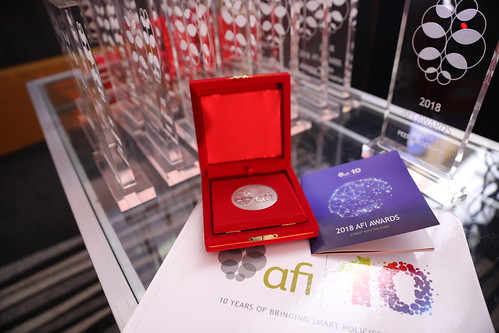 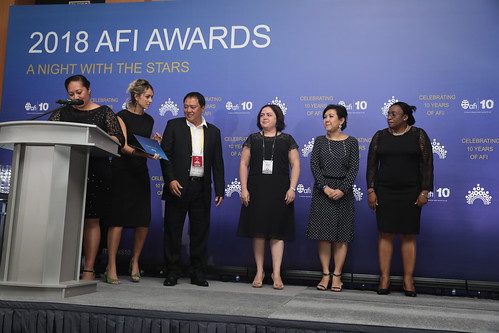 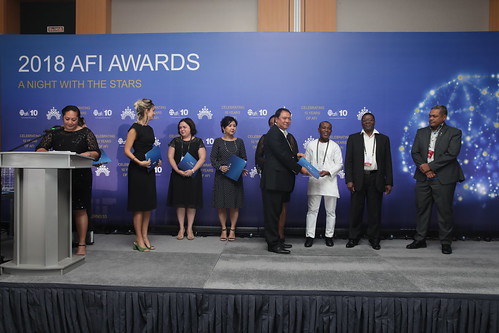 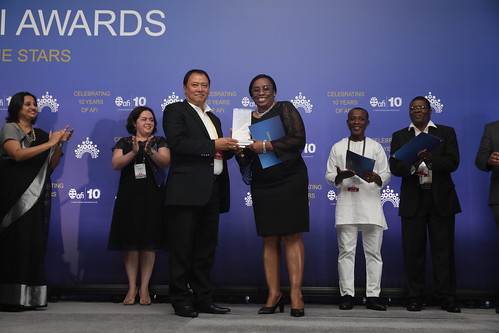 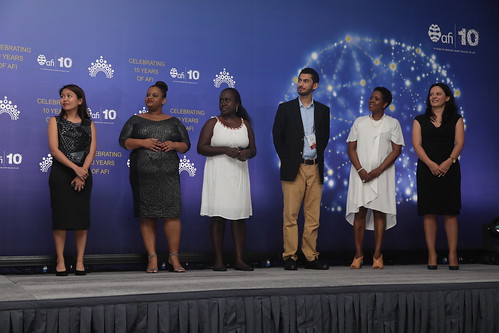 More
AFI is the world’s leading organization on financial inclusion policy & regulation. A member - owned network, we promote and develop evidence - based policy solutions that improve lives of the poor through the power of financial inclusion
Guidance