A smiling happy Fijian woman welcomes you to Fiji

As one of the first member institutions in the AFI network to intersect gender and green finance through a demand side survey, the Reserve Bank of Fiji (RBF) is a front runner in modelling evidence-based and data-driven policies and strategies. RBF’s Governor Ariff Ali, also Chairman of Fiji’s National Financial Inclusion Taskforce, shares some of the most important findings of the survey and reflects on efforts taken to ensure that no one is left behind. 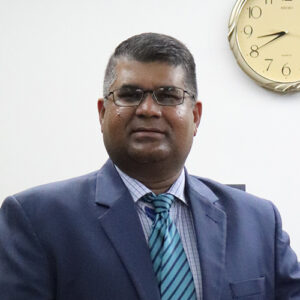 Fiji, like many other small island developing states, is at the forefront of the war on climate change. These natural disasters have had major implications on our vulnerable communities.  According to the 2017 Climate Vulnerability Assessment Report for Fiji, losses from natural disasters translate into an average of 25,700 people being pushed into poverty every year.  The report also estimates that a fraction of gross domestic product lost every year due to tropical cyclones and floods could increase by up to 50 percent by 2050.

With the support of AFI, the United Nations Capital Development Fund and the Fiji Bureau of Statistics, the RBF conducted its second national financial services demand-side survey (DSS) from 26 October to 4 December 2020.  RBF completed its second financial inclusion strategy in December 2020 and the information gathered from the DSS will be used to monitor the progress and understand both financial inclusion behavior and the needs of different segments of the population including priority sectors such as micro, small and medium enterprises, agriculture and underserved minority groups including women, youth and people living with disabilities.

The overall findings highlight that financial inclusion in Fiji has significantly improved with a narrowing gender gap. The level of formal financial inclusion among Fijians has increased in the last six years to 81 percent in DSS 2020 from 64 percent in DSS 2014 with savings and remittances being the most accessed financial services. While overall, more women are being financially included through ownership of accounts at financial institutions, the gender gap still persists at seven percentage points. Given the many roles that women already play in households, opening an account and managing finances through a financial institution may not always be a priority especially for women living in rural and maritime areas where a number of barriers may hinder financial service access, such as the distance and cost to bank branches, family and/or work responsibilities, or the mind-set and certain attitudes towards the financial sector.

More than a third (34 percent) of respondents reported receiving remittances from relatives or acquaintances who lived in Fiji and/or abroad. More women receive (37 percent) remittance compared to men (31 percent) and is largely used for personal expenses including meals and paying for utilities as well as dealing with emergencies. International remittances received through mobile money has seen an increase indicating greater use of digital financial services.

Mobile money penetration significantly improved with 17 percent of respondents using either MPAiSA or MyCash compared to seven percent in DSS 2014. Women (15 percent) recorded higher levels of uptake for mobile money compared to their male counterparts (11 percent). Similar findings were also noted for internet banking.  The data suggested that since women are likely to play multiple roles within their households, the flexibility offered through internet banking and mobile money provided women with an easy platform to undertake financial matters at their convenience.

Low level of awareness and uptake of green finance with only two percent reported taking up a climate related product. Slightly more women (75 percent) recorded a lack of awareness compared to men (71 percent). The respondents were asked about the type of financial product they would be willing to take up to protect their family and assets against climate-related events.  The most common answers included life, house, crop, accident and funeral insurance. 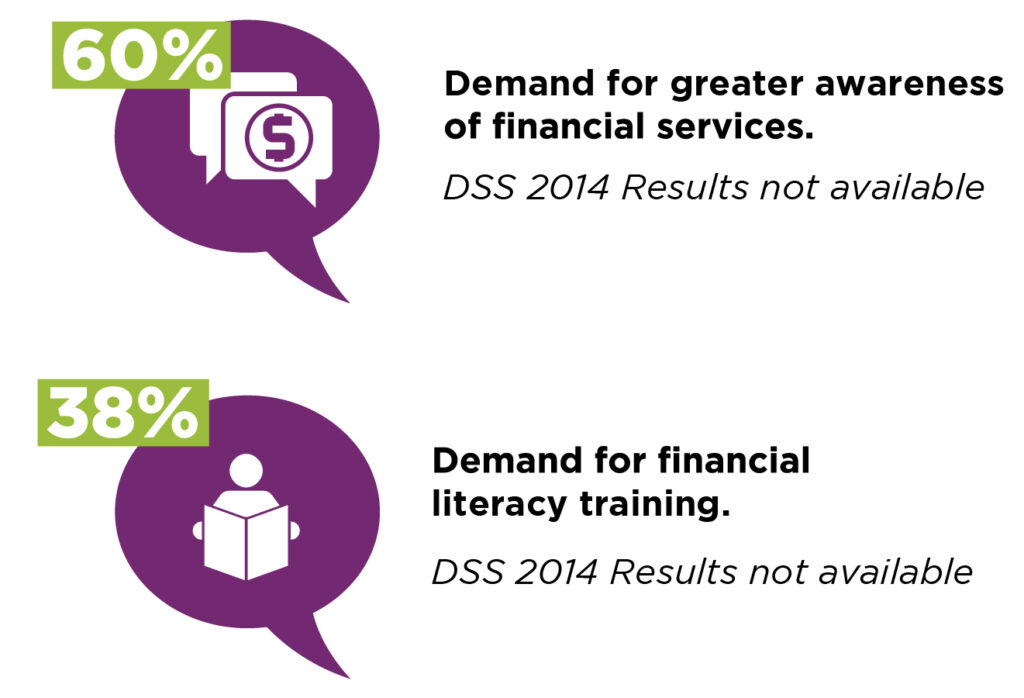 The information collected from the DSS will complement our supply-side data captured from licensed financial institutions and in turn provide evidence-based inputs for formulating the next five-year National Financial Inclusion Strategy for Fiji as well as support the development of a sustainable and inclusive financial ecosystem for all Fijians.

The DSS highlights a demand for insurance products such as crop insurance and we acknowledge that more can be done especially in terms of promoting the development of affordable green products and services and creating the environment that allows these initiatives to be introduced. There are also ongoing efforts to develop a sustainable finance roadmap that will help provide the enabling framework for greening our financial sector and support the development of green financial products and services.

Our DSS results show that we have made great strides in narrowing the gender and while we celebrate this achievement, work still remains in closing down this gap.  In 2016, we made a global commitment through the Denarau Action Plan to close the gender gap in financial inclusion. Five years on, we affirm our commitment and determination. We acknowledge the need to drive financial inclusion holistically by looking at cross-cutting issues that will increase women’s effective contribution, access and usage of financial services and products.

Marking the launch of RBF’s second financial services demand side survey report, the central bank published a press release outlining the considerable financial inclusion progress achieved in Fiji. The report, which presents the findings from over 1,000 survey respondents in the country’s four administrative divisions, was undertaken to assess the level of financial inclusion among Fijians with a specific focus on women, youth, persons with disabilities and self-employed entrepreneurs.

According to AFI Executive Director Dr. Alfred Hannig, the survey will assist local authorities in their forthcoming financial inclusion policy implementation and serve as a model and example to other AFI member institutions to better inform their policies and strategies targeting specific groups and thematic areas, such as women and inclusive green finance.