A girl carrying dishes and clothes to be washed, Santana, São Tomé and Príncipe / Shutterstock 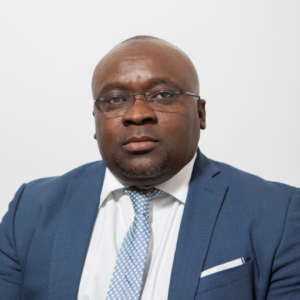 Climate change is a real and significant threat to every country in the world and São Tomé and Príncipe is no exception. In the last two decades, our country has been implementing several legislations at both the national and at the international level to address climate change. We have also adopted several environmental conventions and multilateral agreements with the aim of mitigating and adapting to the impacts of a changing climate, as well as conserving our environment.

Climate change has posed a major obstacle in access to finance, especially for low-income earners and vulnerable segments of our population especially those who depend on farms and sea for their livelihoods. These challenges range from difficulties in meeting minimum requirements for having a bank account, to complications in accessing financing products and services, because many are unable to provide credit guarantees. On the other hand, the effects of climate change on the economic activities of the most vulnerable often lead to compromised financial obligations, increasing exposure to risk and losses from financial activity.

According to the Intenções de Contribuições Determinadas ao Nível Nacional (INDC) report, São Tomé and Príncipe, a large reservoir of greenhouse gases, contributing to the capture of CO2, is one of the countries most affected by climate change, given its insular nature and small size. Coastal areas, forests and biodiversity, agriculture and livestock, fisheries, soil, and energy are sectors of the economy most vulnerable to these changes. Climate change could also affect hotel infrastructures, restaurants and houses located on the coast, which could compromise tourism, a sector that in recent years – before the COVID-19 pandemic – experienced major growth and is a substantial contributor to our national GDP.

Our agricultural sector, which employs a large number of citizens and contributes to an average GDP with about 26 percent annually, has been greatly impacted by climate change. The reduction or variation in rainfall patterns have significantly influenced our harvests production and is very worrying to us, since we are highly dependent on rain in this sector.

Fisheries, a sector that is the main source of protein in the country, is experiencing rising temperatures and changing rainfall patterns. This has resulted in the destruction of habitats, affecting both the fish and fishers themselves, and has led both to migrate due to reduction in income and productivity. This prolonged environmental degradation could threaten the sustainable development of São Tomé and Príncipe.

In developing economies like ours, climate change comes at a high cost for our poorest population. The data mentioned above point to environmental costs that exceed the gains of the economic activities and has brought these issues to public policy agenda. These issues also promote a paradigm shift among the population and their transition to sustainable lifestyles, production, and consumption.

Against this background, the adoption of measures to adapt and mitigate the effects of climate change should have a broad spectrum of actions. The financial sector needs to play an important role by enabling the poorest and most vulnerable to build resilience against the financial losses caused by the impact of these changes.

It is in this context that Inclusive Green Finance (IGF), defined as policies to mitigate or create resilience to the environmental, social, and economic effects of climate change, has been identified as an excellent opportunity to support the São Tomé and Príncipe’s population. IGF does so through the formal financial sector by developing sustainable economic activities, adapting to their social context, and increasing their resilience to the effects of climate change.

One of the central objectives in developing a National Financial Inclusion Strategy (NFIS), which our country is in the process of adopting, is ensuring the increase of financial inclusion by respecting the environment and through sustainable development. We also propose new financial products and services that allow mitigation and resilience building to the impacts of climate change, as well as adoption and climate risk prevention policies in the financial sector.

Likewise, and as the pandemic demonstrated very recently, the exposure to external shocks may determine the reallocation of priorities and financial resources, compromising the implementation of the policy measures defined intended for IGF and calling for the need to sensitize key stakeholders to the importance and usefulness of such policies.

Despite these difficulties, the promotion of IGF remains on the agenda by our national authorities as a sine qua non condition to achieve sustainable development. The financial sector is committed to supporting citizens in developing their sustainable economic activities, helping them mitigate the effects of and increase resilience to the impacts of climate change, while promoting social welfare.

The inclusive green finance workstream is part of the International Climate Initiative (IKI), supported by the German Federal Ministry of the Environment, Nature Conservation and Nuclear Safety (BMU).