COVID-19 has accelerated global trends towards digitalization and the new opportunities that it can create towards advancing and deepening the financial inclusion agenda. But to stave off the growth of a digital divide, regulators have also acknowledged the need to plough more resources into the promotion of financial education.

Recognizing this, the central bank launched a five-year national strategy for financial education and financial inclusion in July, underscoring the need for a systematic approach that recognizes the importance for education, fosters inclusion and coordination among various stakeholders and outlines a roadmap of activities to achieve its goals. 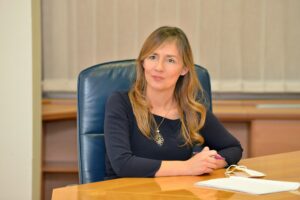 “The adoption of the first National Strategy for Financial Education and Financial Inclusion ranks our country among the first in the region that is strategically ready to take coordinated actions and meet challenges posed by the new opportunities for digital financial inclusion. Digitalization brings new opportunities for greater financial inclusion, as well as new challenges for a higher level of financial education and it is crucial that the country is already prepared to take advantage of these opportunities,” said Governor Angelovska Bezhoska.

Discussions also centered on the importance of strengthening mechanisms for raising and maintaining awareness of financial education among key stakeholders and civil society groups that offer educational programs to the public. Both sides also used the meeting to become reacquainted with each other’s institution, including their shared mission and vision, as well as relevant strategies and latest achievements in financial inclusion. The central bank is a former principal member of AFI, having joined the network from 2013 to March 2016. 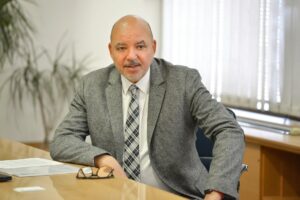 “Financial inclusion is increasingly about maintaining high levels of safe and sound financial access, with increasing usage and quality of financial services. Financial inclusion also embraces important issues such as financial health and financial resilience, with the ultimate objective to ensure financial stability. This is exactly the point of global convergence among financial regulators,” said AFI’s Dr. Hannig. During the meeting, he also outlined recent AFI activities, focusing on its phase III strategy and in-country implementation opportunities.

This was the first time that AFI’s Dr. Hannig has held in-person meetings with the head of a regulatory institution from outside the AFI network since physical meetings were halted due to the COVID-19 pandemic. In a further sign that global travel has slowly begun to ease, AFI co-hosted a set of hybrid events last month with Superintendencia de Bancos and Superintendencia de Economia Popular y Solidaria, the first since early 2020.

Given that North Macedonia is a Balkan country, Dr. Hannig also provided an overview of AFI’s Eastern European and Central Asian Policy initiative (ECAPI), which is currently made up of seven members.

Officially formed at the 2018 AFI GPF in Sochi, Russia, the regional initiative aims to resolve regional challenges and elevate the voice of Eastern European and Central Asian nations on key financial inclusion policy issues. It is chaired by Mongolia’s Financial Regulatory Commission.

ECAPI’s activities are supported by AFI’s European Representative Office, which opened in 2020 to enhance services to members in the region and build strategic partnerships and cooperation with standard setting bodies and Europe’s financial policymaking and regulatory authorities.

Since declaring independence in 1991, North Macedonia has undergone considerable reforms to boost its economy and raise living standards. According to the 2017 Global Findex Database, 77 percent of its adults have an account, higher than many of its neighbors, including Albania (40 percent), Bulgaria (72 percent), Kosovo (52 percent) and Serbia (71 percent). The country also has a seven percent financial inclusion gender gap.

Congratulations to Senegal’s Ministry of Finance and Budget on the launch of their national financial inclusion strategy (NFIS). The four-year strategy, which
Read more
Current State of Practice: Policy Frameworks, Laws and Regulations Related to the Financial Inclusion of Forcibly Displaced Persons (FDPs) Across the AFI Network

This report provides data collected from 33 members on their policy frameworks, laws and regulations related to the financial inclusion of FDPs.
Read more
Survey Report on FinTech for MSME Access to Financing (V.2)