Our doors in Africa are officially open! Over 70 representatives from AFI member institutions in Africa, including seven Governors and six Deputy Governors, took part in the opening ceremony of the Alliance for Financial Inclusion (AFI) Africa Regional Office on 27 February 2019 in Abidjan, Cote d’Ivoire.

AFI Africa Regional Office is hosted by the Ministry of the Economy and Finance of Cote D’Ivoire and Central Bank of West African States (BCEAO) in Abidjan, Cote d’Ivoire.

“African members have been always running very fast within the network, not only in terms of engaging within AFI, but also in terms of producing results on the financial inclusion front”, AFI Executive Director Dr. Alfred Hannig said at the opening ceremony, adding that it was just a matter of time before the decision was made to further decentralize AFI operations and bring the Alliance’s services closer to its members.

“We are very grateful to have found strong partners who have led us at this time and helped us to prepare the ground for opening up of this office”, Dr. Hannig underlined as he thanked the Ministry of Economy and Finance of Cote D’Ivoire and the BCEAO for making the opening of AFI Africa Regional Office possible in a very short time.

Africa continues to be a global financial inclusion trailblazer and a home for innovation. With the official opening of the Africa Regional Office, AFI is now able to better support the in-country implementation work of members and help further highlight African leadership across the network.

“AFI Africa Regional Office will help the Alliance be closer to its members and further strengthen regional cooperation in financial inclusion. This region is economically dynamic and committed in financial inclusion”, BCEAO Governor Kone Tiemoko Meyliet said and gave impressive figures to explain the dynamics in West African Economic and Monetary Union.

On behalf of the President of the Republic and the Government of Cote D’Ivoire, Minister of the Economy and Finance Adama Kone welcomed AFI members to the opening ceremony, expressing appreciation that the member state of the West African Union has been selected to host AFI Regional Office for Africa and MENA.

“This is the recognition of the achievements our country has made in financial inclusion”, Minister Kone said adding that the country greatly benefitted from and has been active in a variety of meetings organized by AFI.

Activities implemented through the AFI Regional Office should help strengthen commitment to financial inclusion and in the network, the Minister said adding three countries of the West African Union are AFI members, Cote D’Ivoire, Senegal and Niger.

The opening of the AFI Africa Office will help countries in the region developing National Financial Inclusion Strategies and give rise to policies that promote, deepen and facilitate the access to financial services, Minister Kone said.

In addition, AFI’s presence in Cote D’Ivoire should held the country improve its relations with other international organizations, the Minister said.

With the establishment of its Regional Office, AFI seeks to ensure greater proximity to its members in Sub-Saharan Africa (SSA) and Middle East & North Africa (MENA) and respond efficiently to their needs, especially through in-country implementation support. The Regional Office also enhances the network’s ability to support its members in working on specific regional priorities, sharing regional knowledge, and translating global financial inclusion issues into practical implementation at regional and national levels.

Over 70 financial inclusion policymakers and regulators, government officials and high-level representatives from AFI member institutions from Africa are gathering in Abidjan, Cote d’Ivoire for the 7th Annual Roundtable of the Leaders of the African Financial Inclusion Policy Initiative (AfPI), taking place from 27-28 February, 2019.

The annual AfPI Leaders Roundtable has become a high-level convening power where high-level officials from AFI member institutions in Africa come together with private sector representatives and other stakeholders to discuss financial inclusion policy issues. The two-day event is also hosted by the Ministry of Economy and Finance of Cote d’Ivoire, BCEAO and AFI. 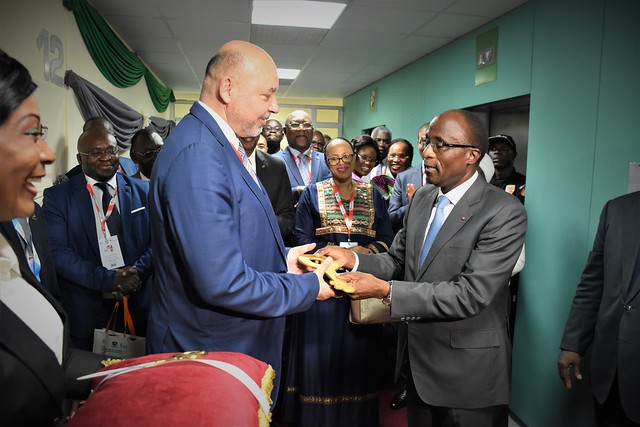 Alternative Financing in the Republic of Belarus: Leveraging on Leasing for MSME Financing

Access to finance for women-led-MSMEs can lead to an increase in productive assets, productivity, and stronger economic growth, but access to finance is arguab
Read more
Consumer Protection for Digital Financial Services: A Survey of the Policy Landscape

The purpose of the framework is to provide an intuitive way for financial regulators to consider the full range of policy actions for IGF.
Read more
Advancing the Financial Inclusion of Forcibly Displaced Persons: Case Studies on Rwanda, Mauritania and Afghanistan

With a vibrant DFS market and a progressive central bank, Bangladesh has much to share with the rest of the world. This case study delves into the evidence-base
Read more
Integrating Forcibly Displaced Persons Into a National Financial Inclusion Strategy

AFI initiated this study to underscore the role of savings groups in enabling and sustaining the access, use, and overall quality of financial services by women
Read more
Explore Publications
AFI is the world’s leading organization on financial inclusion policy & regulation. A member - owned network, we promote and develop evidence - based policy solutions that improve lives of the poor through the power of financial inclusion
Guidance