The policy, which was approved by El Salvador President Nayib Bukele, provides a starting point to overcome various financial inclusion challenges and narrow the gaps in access, particularly among its three target groups: low-income individuals, women and micro, small and medium enterprises (MSMEs).

“Financial inclusion is a priority issue for the government of President Bukele, as it has been shown to promote economic growth, help reduce poverty and improve quality of life,” said BCR President and Coordinator of the National Council for Financial Inclusion and Education Douglas Pablo Rodríguez Fuentes at the national policy’s launch event on 15 March.

“Ultimately, this initiative benefits all Salvadorans.” 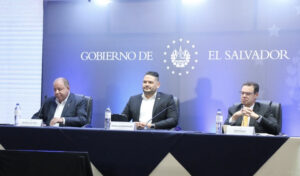 The national policy is based on four pillars: new financial products and business models, digitization and financial innovation, MSME financing and empowering consumers in accordance with international best practices. Its aims to allow Salvadorians to “benefit from a solid, inclusive, transparent and modern financial system that responds to their financial needs through responsible and sustainable offerings of suitable products and financial services that are adequate, affordable and safe”.

Among its main aims is to expand the offerings and cost-efficiency of financial products and services, promote a digital ecosystem and financial innovations, provide greater support for MSME financing and improve the regulatory and supervisory frameworks for consumer protection.

According to 2017 Global Findex, only 30 percent of adults have access to an account in El Salvador, less than in neighboring Guatemala (44 percent) and Honduras (45 percent). Split by gender, 24 percent of women have access to an account, putting the country’s financial inclusion gender gap at 13 percent or nearly double the global average of seven percent. Despite this, no gender gap was found relating to mobile phones use for making payments or transfers and the gap in obtaining credit is at two percent.

BCR has committed itself to improving this outlook. Since joining AFI in 2012, it has made eight Maya Declaration commitments, including regulatory reforms that promote MSME financing and the development of a strategy to foster financial education among underserved groups.

It is also an active member of all seven of the network’s working groups. With support from two AFI grants, the central reserve bank developed and implemented various financial inclusion initiatives in line with its Maya Declaration commitments, including for knowledge exchange visits to Mexico, Peru and Colombia. It also furthered the expansion of diagnostic measurements for financial inclusion, which led to the development of the National Financial Inclusion Policy.

Earlier this month, BCR co-hosted two AFI working groups in virtual meetings designed to strengthen policy discussions on quality content, deepen capacity among members and find synergies on thematic topics. The central reserve bank also plays an influential role at the regional level as a member of AFI’s Financial Inclusion Initiative for Latin America and the Caribbean (FILAC), which aims to be the driving force for advancing financial inclusion in Latin American and Caribbean countries.

Closing the Financial Inclusion Gender Gap During the Crisis and Afterwards

This guideline note provides a wide range of best practices from AFI member institutions in the development, implementation and monitoring of help and redress m
Read more
Toolkit on Gender Inclusive Policy Development

The collection and use of more reliable, high-quality data would allow Zambia to understand where the country was in its financial inclusion journey and focus o
Read more
Nigeria’s National Strategy Leveraging Agent Networks for Women’s Financial Inclusion