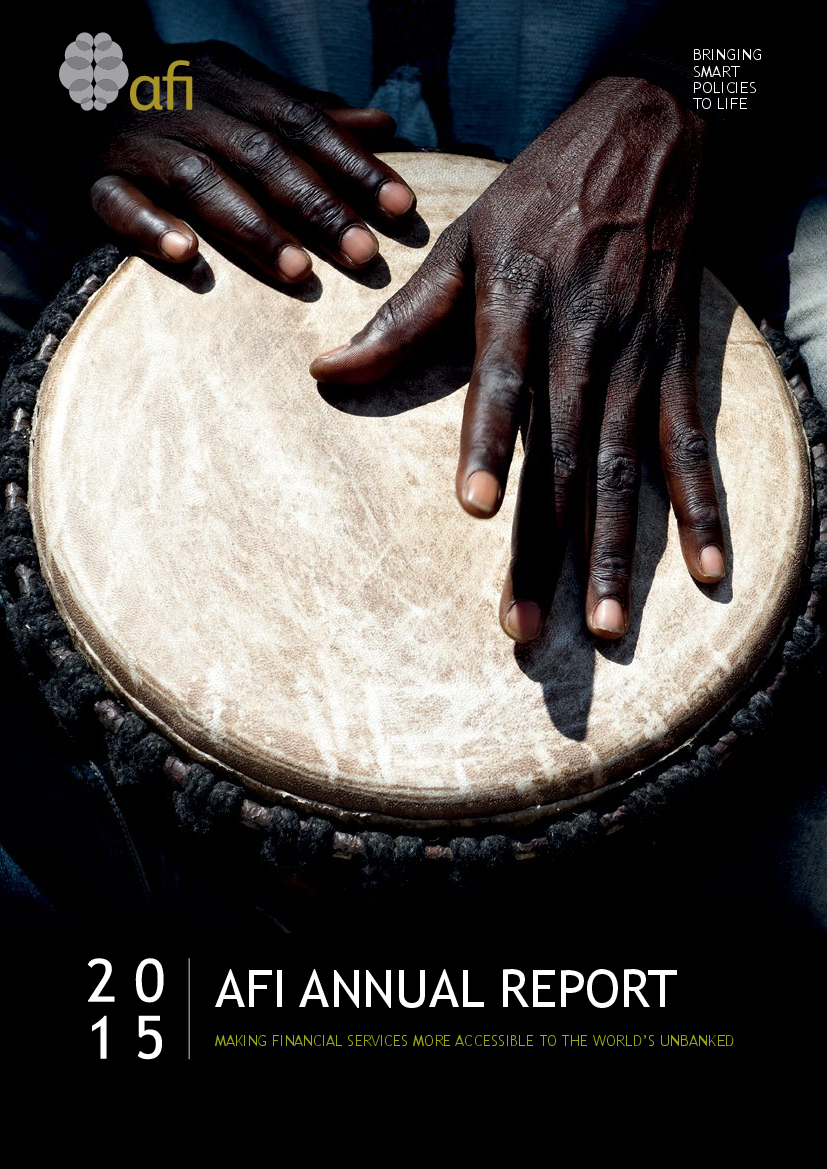 2015 was a significant year for the Alliance for Financial Inclusion. Not only did AFI continue to meet the demands of its members and partners, it also transitioned to become an independent organization owned and supported by its members. The transition culminated with AFI’s registration in Malaysia as an international organization at the end of 2015, and our official independence being declared on 27 January 2016. Key achievements in 2015 were in four major areas. To learn more, access the very first Annual Report of a fully independent AFI.

Download
AFI is the world’s leading organization on financial inclusion policy & regulation. A member - owned network, we promote and develop evidence - based policy solutions that improve lives of the poor through the power of financial inclusion
Guidance