AfPI Governors and Deputy Governors during the opening ceremony of the 7th AfPI Leaders' Roundtable in Abidjan, Cote D'Ivoire on 28 February, 2019.

Over 160 representatives from AFI member institutions in Africa, including seven Governors and six Deputy Governors, gathered to discuss how best to harness technologies to advance financial inclusion, during the 7th Leaders Roundtable of African Financial Inclusion Policy Initiative (AfPI).

Organized on 27–28 February in Abidjan, Cote D’Ivoire, the meeting is co-hosted by the Ministry of Economy and Finance of Cote D’Ivoire, Central Bank of West African States (BCEAO) and Alliance for Financial Inclusion (AFI).

The forum began with a minute of silence to pay tribute to late Governor Nestor Espenilla Jr. of Bangko Sentral ng Pilipinas (BSP), who passed away on 23 February, 2019. AFI Executive Director Dr. Alfred Hannig led the tribute describing Governor Espenilla as the pioneer of AFI.

“As a public servant, Governor Espenilla was a role model. He was a true visionary. With technical excellence and integrity, Governor was impartial, committed to development, internationally widely recognized and modest,” Dr. Hannig said as he spoke of AFI’s founding members in a touching.

The purpose of this 7th AfPI Leaders’ Roundtable, is to build bridges, Dr. Hannig continued in his opening remarks. He explained that the first bridge is the content, or technical pillars discussed within the financial inclusion agenda. “

“This is what we do in order to maintain financial stability, but we are also building a bridge towards what we all know as Sustainable Development Goals. This also includes narrowing down of the financial inclusion gender gap and working on climate change and financial inclusion,” AFI Executive Director said.

The second bridge is FinTech. After much learning in the AFI network, both in the region and globally, it is now time to build a bridge from conceptualization, learning, implementation and impact, he said. The third bridge is the Africa region, where we are seeing an increasing emergence of east and west, as well as north and south, moving closer together.

“Finally, there is also a bridge in terms of partners. AFI is a platform that everyone can play into, including our partners in the region, the African Development Bank, International Monetary Fund and the World Bank,” Dr. Hannig said.

AFI partners responded to AFI members’ key policy priority topics that have high impact to accelerate inclusion in Africa. “Firstly, I would like to highlight our new partnership with the Swedish International Development Agency (Sida) in advancing women’s financial inclusion through a true bottom-up and demand-driven development model; a partnership that holds Africa as a priority. Secondly, the recently launched Multi Donor Financial Inclusion Policy Implementation Facility (MD-PIF), where our partners: the German Federal Ministry for Economic Cooperation and Development (BMZ), French Development Agency (AFD) and Ministry of Finance of the Grand Duchy of Luxembourg have committed to support AFI in advancing financial inclusion policy in Africa, the Arab region and beyond,” Dr. Hannig underlined in his speech.

The AFI Executive Director reiterated the Alliance’s gratitude to the Ministry of Economy and Finance of Cote d’ Ivoire and BCEAO for great hospitality, and support for organizing the 7th Leader’s Roundtable and hosting AFI Regional Office, officially launched a day earlier.

According to Guinée Vice-Governer, AfPI aims to build members’ capacity in addressing the key issues of the region and translating financial inclusion challenges into regional solutions. “The poor do not ask for favors but for fairness,” the Vice Governor said.

“AFI members are showcasing that our financial inclusion policy is not to leave anyone behind,” Goumou concluded.

Minister of Economy and Finance Adama Kone, welcomed participants on behalf of the President, Prime Minister and Government of Cote D’Ivoire. This forum is important because financial inclusion is vital for Africa, as it allows discussions on specific regional challenges, the Minister noted.

“Digital services in Africa provide products for people who do not have access to banks. Most of the partners in the field are working on promoting digital payment policies aimed to increase economic development and financial inclusion,” Minister Kone said adding that various initiatives paved the way to enhance digital payments in Africa.

“We are eager to see financial inclusion a reality, which is why we also decided to host AFI Africa Regional Office,” he said adding that the country is honored to host it.

AfPI leaders are discussing important steps and actions that can guide financial policy makers in establishing appropriate measure to address issues associated with delivering responsible digital credit, while keeping consumer protection at its core. How to utilize technologies and policies to advancing SME finance in Africa, while leveraging the transformative solutions without compromising the stability of financial system is also being discussed by Africa’s leading policy makers.

Panel discussion is held on the policy and technological options in bridging the gender gap in financial inclusion, through the use of the Sochi Accord on FinTech for Financial Inclusion and Denarau Action Plan on Gender and Women’s Financial Inclusion.

AfPI leaders are concluding the forum with a closed session on in-country implementation plans for two policy frameworks for Africa, focused on Digital Financial Services Interoperability and Innovative Cross-Border Remittances. 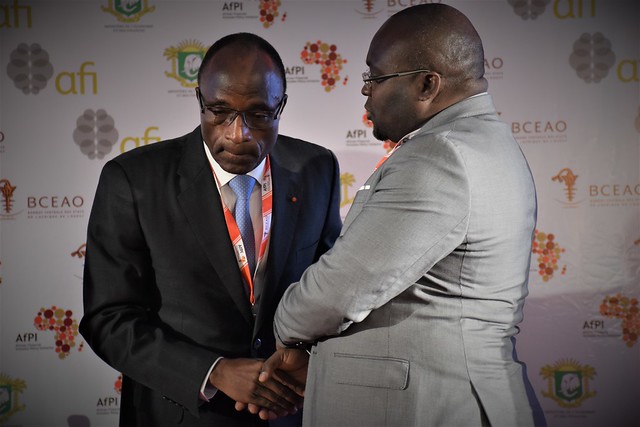